Song Lei, acting head of the Linzi District People’s Government of Zibo City, Shandong Province, made a project report on Talesun New Energy’s 5GW high-efficiency photovoltaic module project. Shandong Talesun New Energy Technology Co., Ltd. was established on October 9, 2019, invested and established by Suzhou Talesun Photovoltaic Technology Co., Ltd. Its 5GW high-efficiency photovoltaic module project has a planned total investment of 2 billion, covering an area of ​​about 170 acres, and a planned total construction area 68236.53 square meters. The project mainly includes the production capacity of high-density packaging components such as non-destructive dicing, multi-bus grid, micro-pitch, double-sided, double glass, large silicon wafers, etc. After all are completed, they are expected to achieve an annual output value of 10 billion yuan and an annual profit and tax of 200 million yuan. The parent company, Zhongli Group, is a national key high-tech enterprise with strong strength, a top 500 Chinese enterprise, and an A-share listed company. This project is a typical representative of Linzi District’s investment promotion by business and service, and it is a good project embodying “Zibo speed” and “Zibo efficiency”.

During the investigation, the Secretary of the Municipal Party Committee Jiang Duntao went to the high-efficiency monocrystalline module production workshop of Shandong Talesun to learn about the production process and technological innovation of monocrystalline modules, and had a cordial exchange with management and technical personnel. President Wang Guowen gave a brief report on the production and operation of the Shandong Talesun Photovoltaic 5GW high-efficiency photovoltaic module project production base, and introduced Talesun’s advanced large wafer half-cut production technology and automated production lines.

>> Need further Information about our New factory and our Modules new availabilites?

In the report, President Wang Guowen said: “The project will rely on Talesun Solar’s ​​patent advantages, technological breakthroughs, comprehensive management experience and market channels in the field of solar photovoltaic modules to build a highly efficient photovoltaic system with world-class technology in Linzi District. The module production base can produce the current mainstream 182 series and 210 series high-efficiency modules, and all production lines are compatible with single-sided and double-sided modules to meet the different needs of customers.”

After the observation, the Secretary of the Municipal Party Committee Jiang Duntao proposed that the Linzi District of Zibo is deeply implementing the innovation-driven development strategy, is making every effort to promote high-quality development and the conversion of new and old kinetic energy, and focus on innovating green and creating high-quality projects. As a new energy industry, the photovoltaic industry not only has very good economic value, but also has intangible environmental benefits. I hope Talesun Solar will continue to carry forward the spirit of hard work, and continue to build core competitiveness. Relevant municipal departments will also create a better policy environment to support enterprises to grow bigger and stronger. 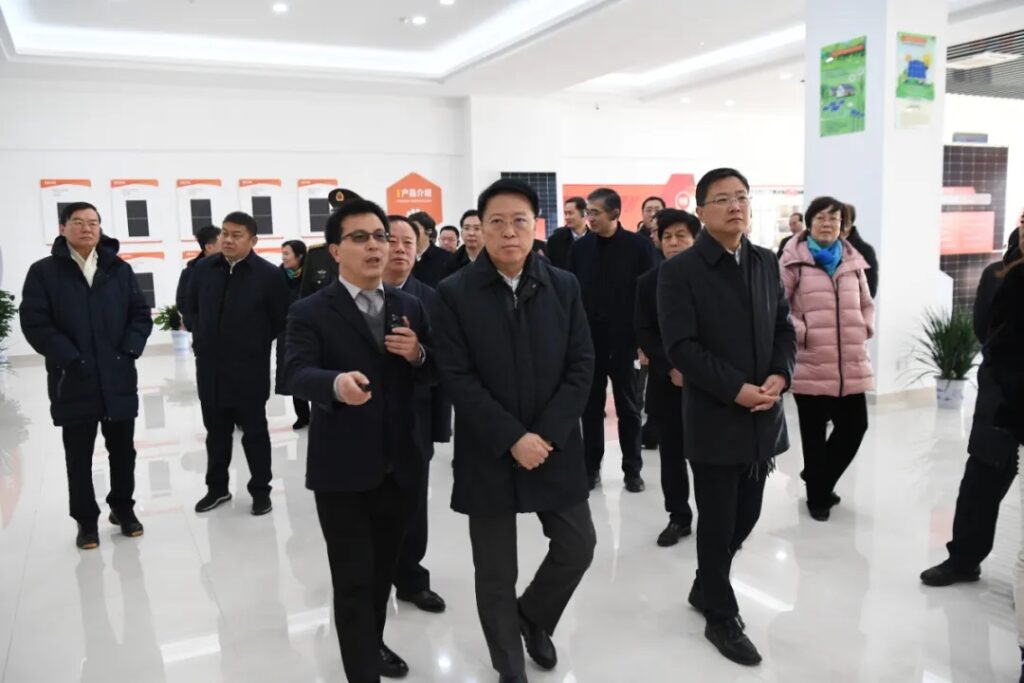