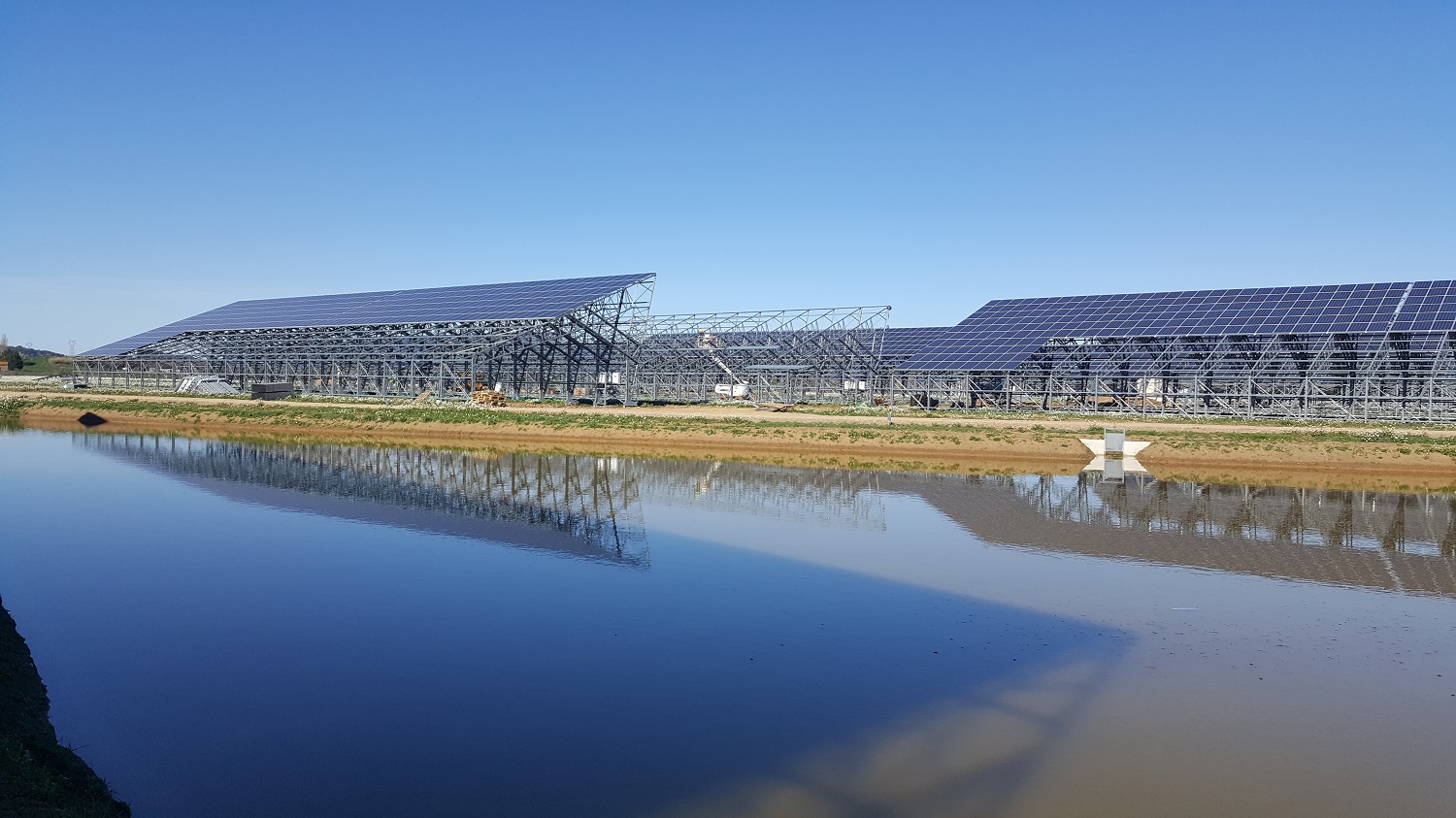 In the middle of the irrigation basins

This major solar installation represents a total power of 12MW and is a ground installation.

Béziers is a commune located in the South of France in the department of Hérault in the Occitanie region, crossed by the Orb, it is surrounded by vineyards and not far from the Mediterranean Sea. It is a very old town in which many archaeological excavations have been carried out since the 1980s. The town of Béziers was built in the 7th century BC. 3.4 BC by Greek civilization. This city has about 80,000 inhabitants. Béziers is renowned for its wine production and for its rugby union team. The climate is warm and temperate in Béziers. The average annual temperature in Béziers is 14.6 ° C. The average annual rainfall is 649 mm, mainly in the fall. The highest rainfall is recorded in October, averaging 86 mm. July is the warmest and driest month of the year. The average temperature was 23 ° C during this period. The coldest month of the year is January with an average temperature of 6.7 ° C.